Paris Hilton has reportedly told pals she will be performing at her sister Nicky's wedding, which takes place in July in London. 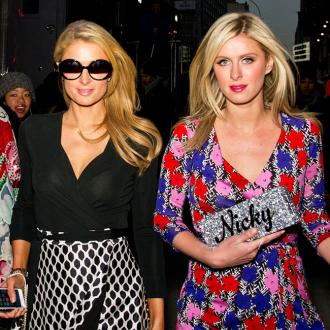 Paris Hilton is to perform at her sister Nicky's wedding.

The 34-year-old socialite reportedly told guests at her 31-year-old sister's bachelorette party - which took place over the weekend - that she is planning on providing entertainment at Nicky and her groom-to-be James Rothschild's wedding reception.

The star is said to be DJ-ing at the event, which will take place on July 10 at Kensington Palace in London and is even considering singing a few tunes for the happy couple and their guests, the New York Post's Page Six column reports.

During Nicky's bachelorette party - which Paris organised - the group of girls donned bright pink sashes as they partied into the early hours of the morning.

Enjoying a bright pink cake, which was made to look like an engagement ring box, vodka and champagne, the group - which also included friend Allison Melnick and cousin Brooke Brinson Wiederhorn - later joined Paris in the DJ booth, where she played her single 'High Off My Love'.

Sharing a snap of herself dressed in a custom-made 'Hilton Bridesmaids' hoodie and cap, Paris wrote on Instagram: ''Thank you @SBGoodman for all the custom made #HiltonBridesmaids clothes, hats & sunglasses! It made #NickysBachelorette weekend even more special! #MrsRothschild (sic)''