Paris Hilton is considering hiring a full-time carer for her brand new puppy Princess Paris Jr. because ''she needs someone to feed it as if it were a newborn baby.'' 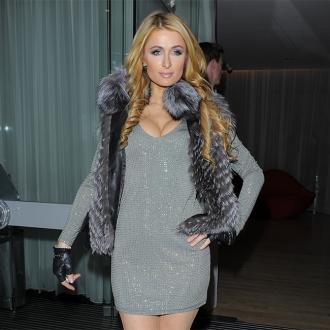 Paris Hilton wants a full-time nanny for her new dog.

The 33-year-old socialite recently acquired a second Pomeranian pooch named Princess Paris Jr. which is so small she is considering hiring a professional to provide around-the-clock care.

A source close to Paris told the New York Post's Page Six column: ''She is thinking about getting the dog its own nanny. It's so small she needs someone to feed it as if it were a newborn baby.''

The micro-mini teacup puppy was bought along with a second dog - which she has since given to her mum, Kathy Hilton, as a 35th wedding anniversary present - for $25,000 on Tuesday (06.01.15), and the television personality couldn't resist showing off the fluffy creature at Kari Feinstein's Golden Globes Style Lounge bash at the Andaz in West Hollywood on Friday (09.01.15).

After purchasing the pet - which only weighs 12 ounces - Paris took to her Instagram account to reveal she acquired the dog so her $13,000 Pomeranian puppy, Prince Hilton, could have a ''girlfriend''.

In the post, she wrote: ''Just got @Prince_Hilton_The_Pom a new girlfriend from @BettysYorkies. Obsessed! She is so tiny & amazing! What should I name her? (sic)''

The canine companion is just another in a long line of pooches for the star, who also has a Chihuahua named Peter Pan along with five others.