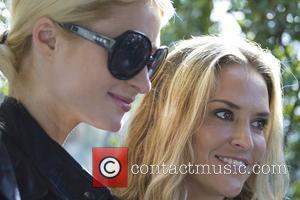 Hotel heiress Paris Hilton is throwing her support behind a campaign to overturn a law banning ferrets as pets in California.
The animal-loving socialite was forced to hand over her two ferrets, Dolce and Gabbana, after letting slip in a 2004 Tv interview that she owned the creatures.
Domestic ferrets have been illegal in California for 80 years but residents have launched LegalizeFerrets.org to question the regulation - and Hilton has spoken out to voice her support and push for legalisation.
She says, "If they are looked after properly, they really are the sweetest, most lovable creatures."