The World According To Paris Sees Mueller Breakdown 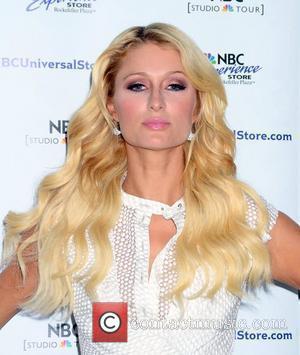 'The World According To Paris', the U.S. reality show starring Paris Hilton, is set to feature a "dramatic emotional breakdown" by Charlie Sheen's ex wife Brooke Mueller. During a teaser clip for the forthcoming episode of 'The World According to Paris', Mueller is seen crying for help during a confrontation with Hilton's mother, reports TMZ.com.

In the short clip, Mueller screams, "I need help ok?" during a heated exchange of words with KATY HILTON but it is not clear whether Mueller was referring to her much-publicised split from Charlie Sheen. The episode will also include a number of "real moments from Brooke" including, "a fight with her assistant over Mueller's struggle with alcoholism". During her shooting of 'The World According To Paris', Mueller was caught up in a nasty custody battle with Sheen over their twin boys and she allegedly checked into a rehabilitation centre in April 2011. The first episode of Hilton's new reality show premiered on 1st June 2011, and featured the Los Angeles socialite moving in with her sister after an armed man broke into her home. Next week's episode, titled 'Brooke's Breakdown', is scheduled to air on 8th June 2011.

Paris Hilton recently appeared on Piers Morgan's 'Tonight' show, where she reduced her mother to tears while discussing her controversial pornographic movie she made with RICK SALOMON.