The 'Middle' actress - who is best known for playing Ray Romano's wife in 'Everybody Loves Raymond' - originally defend the political commentator after he called Sandra Fluke a ''sl*t'' following her Congressional testimony about her university's refusal to discuss contraception in its health care plan.

In a series of messages - which have now been deleted - Patricia posted on her twitter account, she wrote: ''Hey G-Town Gal: turn your underwear inside out! Then u only have to do laundry every 2 weeks - saves on detergent & trips to laundromat! ...Plz let us also pay for your Starbucks, movie theater tickets, and your favourite hot wings combo deal at KFC! Anything else?

G-Gal: you've given yer folks great gift for Mother's/Father's Day! Got up in front of whole world & said I'm having tons of sex- pay 4 it... if your parents have to pay for your birth control, maybe they should get a say in who u sleep with! Instant birth control! (sic)''

But the 54-year-old star later reverted back to her twitter account to reveal she had apologised to Sandra.

She tweeted: ''I apologised to Ms Fluke last week. I may not agree with her views but I didn't treat her with respect and I'm sorry. I was wrong. Mea culpa (sic)'' 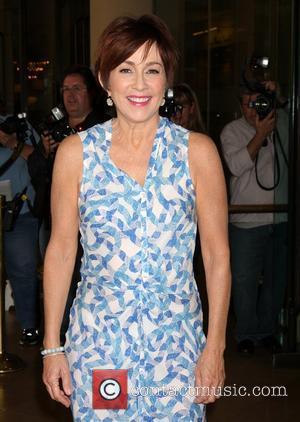