Patrick Cox believes all men want a ''floral print trainer'' nowadays because they are much more forward-thinking and fashion conscious. 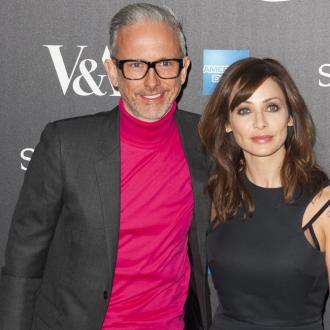 The fashion designer believes men are much more forward-thinking with their outfit choices nowadays, so is hoping his new luxury footwear brand Lathbridge will prove popular with modern men.

He said: ''The guys all want the floral print trainer! And the City gents want to go into the office with the yellow butterfly brogues! Men are much more accepting than 20 years ago.

''I think I definitely pioneered that with the colours and exotic skins. People are speaking my language now.''

The 52-year-old star originally rose to prominence with his Wannabe loafers in the 1990s which proved to be a hit with famous faces such as Madonna, Sir Elton John and David and Victoria Beckham, with the Spice Girls star famously spending her first paycheck on a pair of the sought-after shoes

He said: ''Wannabe was right for that time, but [with Lathbridge] I was trying to think about what's right for today.''

And although his latest designs are a far cry from his former brand, Patrick insisted he is confident they will become best sellers after thoroughly researching the market.

He told the Daily Telegraph newspaper: ''I went to see Selfridges and they told me 50 per cent of their [designer shoe] sales are sneakers now. Churches does a sneaker now. Churches!

''I wore sneakers to Elton's Oscars after party back in 1997 with a tuxedo jacket ... and beaded Cavalli jeans!''