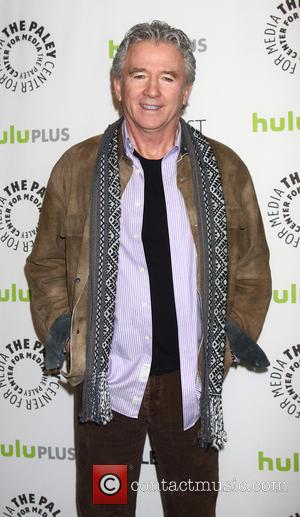 Actor Patrick Duffy has called on Tv bosses to reunite him with his former onscreen wife Suzanne Somers for a Step By Step special.

The 64-year-old star is pushing for a reboot of the 1990s family sitcom, in which he and Somers played single parents who spontaneously marry and end up with a large, blended family.

He tells The Hollywood Reporter, "I would love to work with Suzanne again. The Step By Step cast was so wonderful to be with. They were my family and I think a little two-hour special about where these people are - not a documentary, but actually doing a show - seeing where they all come to (sic) over the years. It would be so fun to play that goofy Frank Lambert character again, ageing another 25 years."

Duffy recently revived his most famous character Bobby Ewing for a Dallas reboot, and admits he has also become nostalgic for his short-lived 1977 sci-fi series, Man From Atlantis.

He adds, "Going back to Man From Atlantis, it would be interesting to play that character 40 years later... Not trying to be a superhero, but to be a sage voice of that kind of sci-fi thing... I would be the Obi-Wan (Star Wars mentor) of the Man From Atlantis at that point. That would be fun."