Sir Patrick Stewart Would Never Have Boarded The Starship Enterprise If He Had Listened To Advice From His Old Pal Sir Ian McKellen, Because The Lord Of The Rings Star Urged Him To Reject The Star Trek Tv Role Back In The 1980s. 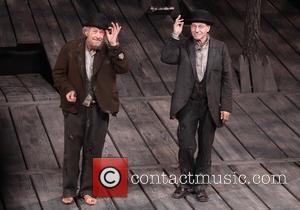 Stewart became a household name for his portrayal of Captain Jean-Luc Picard in Star Trek: The Next Generation and its subsequent films, but MCKellen admits his close friend's career could have gone in a completely different direction had he heeded his fellow Brit's concerns.

He tells Uproxx.com, "I've known Patrick since the 1970s. I was the guy who, when he told me he'd been offered this series called Star Trek, advised him to think hard about it and probably not do it."

Explaining his reasoning, MCKellen says, "Well, that's seven years of your life (tied into a franchise). You're stuck in Hollywood and you can't do a play. And that was a disadvantage. It was one of the cons, but there were too many pros. I'm glad he didn't take my advice."

The actors now star alongside one another in the X-Men film franchise, with Stewart playing the older version of Professor Charles Xavier opposite MCKellen's villainous Magneto.