Sir Patrick Stewart has revealed a fifth movie in the 'Star Trek: The Next Generation' franchise was planned but never came to fruition. 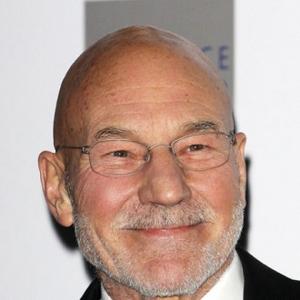 Sir Patrick Stewart has revealed a fifth 'Star Trek: The Next Generation' movie was planned.

The British star - who appeared as Captain Jean-Luc Picard in seven television series and four movies of the franchise - believes a further film was going to be made after 'Nemesis' which would have been a "farewell" to the cast but the studio behind them didn't sign up to the idea.

He said: "While we were filming 'Nemesis', an idea was being developed by John Logan, the screenwriter of 'Nemesis', and Brent Spiner for a fifth and final movie.

"It was a very exciting idea for a screenplay. It would have been a real farewell to 'Next Generation' but it would have involved other historic aspects of 'Star Trek' as well."

However, the 70-year-old actor is pleased with the movies concluded and no long wishes to be involved with the series.

According to Airlock Alpha, he said: "The studio announced in its own inimitable way that we were suffering from franchise fatigue and that there was to be no more, and I am absolutely content with that.

A reboot of the original series of 'Star Trek' was released in 2009 - featuring Chris Pine and Zachary Quinto - while a further film is planned for 2012.