Patrick Stewart found carrying the Olympic Torch one of the ''best days'' of his life - but he subsequently lost the flame he was given. 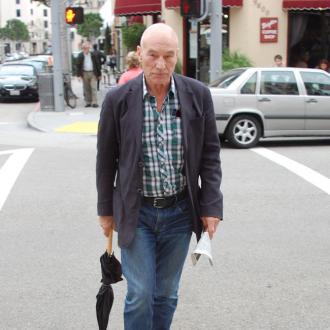 Patrick Stewart found carrying the Olympic Torch one of the ''best days'' of his life.

The 'Blunt Talk' actor was thrilled to take part in the relay that took the flame through the UK ahead of the London games in 2012 and will remember his stint forever.

He said: ''[It was] unbelievably exciting. Unbelievable because I never expected it would happen to me and as an ex-athlete and huge fan of the Olympic Games, it was one of the best days of my life.''

However, though he was given a replica flame to take home afterwards, the 75-year-old star has ''mislaid'' his special souvenir.

During a Reddit AMA, he admitted: ''I ended the day taking home the torch, but I seem to have mislaid it. If anybody knows where it is, please let the @SirPatStew team know.''

Despite his advancing years, Patrick is still keen to attempt parachute jumping after being inspired by his father's military days.

He said: ''My father retired from the military as Regimental Sergeant Major of the British Parachute Regiment. He jumped into action three times.

''I don't care for the action part of it, but I would love to experience what he did of jumping and parachuting safely to the ground.''

And the 'X-Men' star revealed he has an unusual favourite food - apple sandwiches.