The Patrick Stewart Pizza Controversy Has Been Resolved At Last

It's all good, people, he has eaten pizza before, just not in 'slice' form. 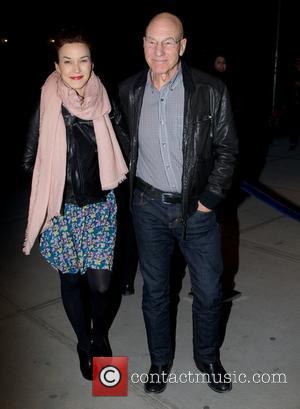 Ok, calm down people – Sir Patrick Stewart has in fact eaten pizza before in his life. The actor started a social media storm yesterday, when he tweeted a photo of himself enjoying an authentic NY slice, captioned "My first ever pizza 'slice'. Please note: the authentic NY fold." Sidenote: if you’re not following the man on Twitter, you should, it will enhance your life (for the display picture alone).

In any case, despite a torrent of concern (after all, how can a human being in a developed country have avoided the food of the gods for so long?) it turned out that yes, he had had pizza before. Just not a “slice”.

Sir Patrick clarified the tweet to New York magazine: "People misunderstood. There was a school of thought that I had eaten my first pizza, but of course how could that possibly be true? I would have had to have stayed locked up in a cellar. But nevertheless, this was my first slice of pizza, which I was only eating because my fiancée and I were a little hung-over yesterday morning and she said what we need is pizza and a soothing drink — and she was right. It solved the problem. But, in fact, it was my first slice, and when it was brought over to me, my first comment was 'There's no knife and fork.' Of course, I was mocked for thinking that I could eat a pizza slice with a knife and fork."

So we can all settle down now. He hasn’t, in fact, been leading a pizza-less existence. And now, the man has a whole new world of greasy finger food to discover! It's ok everyone, settle down.