Patrick Stewart has clarified his pizza comments from earlier this week. 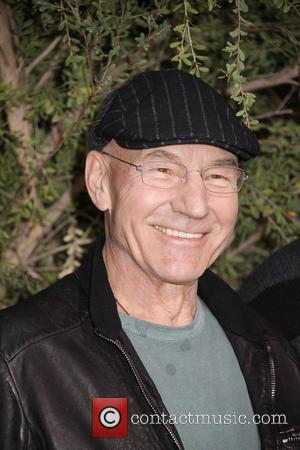 Sir Patrick Stewart found himself making headlines around the world this week after wandering into a Brooklyn pizzeria and announcing it was his first ever slice. The 72-year-old Star Trek actor was dragged into the eatery by his fiance who claimed she could cure his hangover with some premium melted cheese and a fizzy drink.

In a Twitter picture posted on Thursday, showing him enjoying his pizza, Stewart said, "My first ever pizza slice," which basically sent the Internet into frantic overdrive. How had one of the world's most famous actors never tried the delights of a pizza? However, all was not what it seemed, and Stewart told the New York Magazine, "People misunderstood. There was a school of thought that I had eaten my first pizza, but of course how could that possibly be true? I would have had to have stayed locked up in a cellar," he said, adding, "But nevertheless.this was my first slice of pizza, which I was only eating because my fiancée and I were a little hungover yesterday morning and she said what we need is pizza and a soothing drink - and she was right. It solved the problem." Nice work Patrick!

So there you have it, Sir Patrick Stewart has tried a pizza before, though never in slice form. Weird! Patrick Stewart With His Fiance At The Olivier Awards Patrick Stewart Leaving A Deli In Los Angeles. He Did Not Have Pizza.