Patrick Stewart is heading into the studio with Taylor Swift to lend his booming voice to an album of her songs. 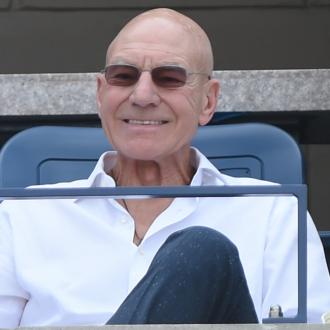 The 'X-Men' actor has teamed up with the 'Bad Blood' hitmaker to produce and appear on his first pop music project, which will be an album of him covering the pop star's hits.

Patrick, 75, was approached by Taylor after the singer witnessed him and his 'X-Men' co-star Sir Ian McKellen doing hilarious readings of her song lyrics last month.

The stage and movie actor gave a dramatic rendition of 'Blank Space' whilst Ian, 76, recited lyrics from 'Bad Blood'.

Patrick enjoyed the moment so much he immediately took to Twitter and asked Taylor to accept him and Ian into her ''squad''.

He wrote: ''So IanMcKellen recited Bad Blood and I did Blank Space. May we join the squad, @taylorswift13? (sic)''

The chart-topper was keen to thank the British knights and replied: ''You've made my day. You two are the ultimate squad goals''.

Soon after Patrick read a dramatic version of Taylor's 'Style' from her '1989' album on US show 'Entertainment Tonight' and it has now been confirmed that he passed the audition and will lend his booming voice to an album of her songs.

Despite his best efforts, the star has confessed the results could be ''ridiculous'', according to the Daily Star newspaper.

The 'Star Wars: The Next Generation' actor isn't the only star to be covering the 25-year-old singer's work, after Ryan Adams revealed he is also covering all of the tracks from her most recent album, '1989'.