Soul Icon Patti Labelle's Ballroom Dancing Days Are Over After She Became The Latest Celebrity To Be Eliminated From America's Dancing With The Stars. 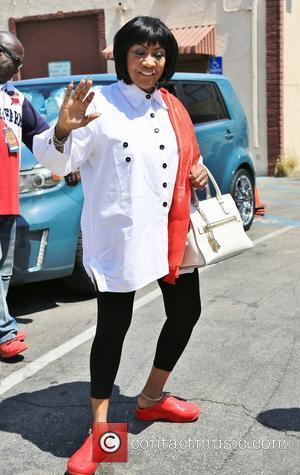 The Lady Marmalade hitmaker and her professional partner Artem Chigvintsev failed to impress show judges and viewers with their Quickstep on Monday night's (20Apr15) show and they were ejected from the competition after scoring just 29 points out of 40.

However, LaBelle insists she is happy with her performance because she didn't expect to last so long on the reality TV contest.

She tells Eonline.com, "Emotionally, I was fine. I knew someone had to leave... It was Patti. I'm so proud of myself; I never thought I could do six weeks of this. Thank God I have Artem as a partner because if I didn't I would've gone (left the show) the second week."

LaBelle's exit comes a month after the 70 year old injured her knee in rehearsals just two weeks into the competition, although she managed to overcome the pain to dance on.