The singer was moved to tears after being reunited with her stolen items.

Patti Smith has had items returned to her, nearly 40 years after they were stolen from her tour van. The singer was moved to tears as she was reunited with the items during a reading in support of her new memoir M Train at Illinois’ Dominican University. 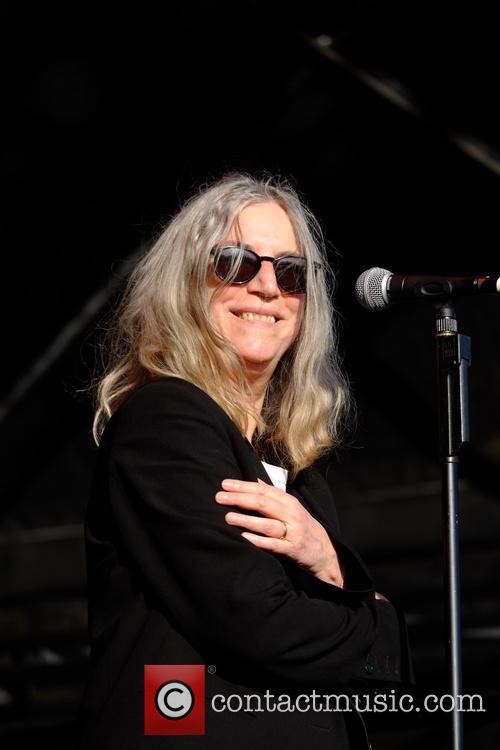 Patti Smith has had her stolen items retuned 40 years later.

During the reading Smith as approached by a fan named Noreen Bender, who gave her a bag containing items believed to have been stolen from her tour van in 1979 following a local gig.

The Chicago Tribune reports that Bender had kept a sheer top, a Keith Richards t-shirt, a remembrance cloth from Smith's brother Todd and other items in a Bob Dylan merchandise bag for decades, waiting to return the items personally.

More: Patti Smith’s ‘Just Kids’ Memoir To Be Made Into Showtime Series

Bender said she got the items through a male friend of her former roommate in Chicago. "I just thought, 'Oh my god, these are her clothes and they still have her sweat on them,'" she told the Tribune.

"I knew I had to get it back to her. It's not for a stranger. The feeling of making your hero happy, it was a moment.” Speaking about the moment Smith was reunited with the items, a witness told an online forum, “Before long, half the audience was crying with her …”

“[Some] were asking where, how, why, but Patti just put her hands out and said she doesn’t care how, she’s just so grateful to have these priceless items back. The rest of the program, after she piled everything on the podium, she couldn’t stop touching them, eventually slowly slipping the bandana into her pocket . . and proceeded to do a ripping version of ‘Because the Night’ with her son on acoustic guitar.”

Bender said she had waited so long to return the items because she wanted to deliver them in person and it wouldn't have seemed right to just throw then onstage during a concert. Smith is currently celebrating the release of her second memoir M Train, which follows on from her highly successful 2010 release Just Kids.