Paul Bettany says the death of his brother made him realise life wasn't ''exciting and endless'' and alienated him from his friends. 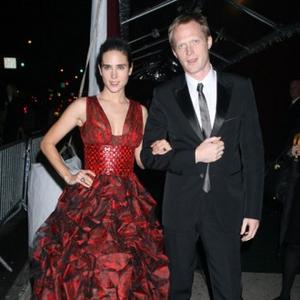 Paul Bettany says the death of his brother made him realise life wasn't "exciting and endless".

The 'Broken Lines' actor - who lost his sibling as a teenager - explained the experience made him feel "alienated" from other people his age and aware of "how precarious" life really is.

He said: "My brother had died. I was very merged with my brother. It was a mixture of the loss of someone you love deeply coupled with a time when you're sort of - 16, 17 - narcissistically confident about yourself, thinking life is Eternal, and the fragility of it being revealed was awful.

"Quite apart from my own loss. I loved him so much. The awareness of how precarious our position is. And an alienation of how I felt with other people my age. I felt I was holding a huge secret about what actually happens.

"Up until then life had seemed exciting and endless."

Paul - who raises sons Kai, 14, and Stellan, eight, and daughter Agnes, seven months, with wife Jennifer Connelly - admitted he reached a particularly low point when he had been busking on the streets of London, and he had his guitar confiscated by his landlord for failing to pay his rent.

He added: "There's a 10-year period from 16 to 26 where I'm not very clear on time. I had no thought of the future at all. No plan. I suppose now, when I think back to it, I was in a depressed state. But it didn't feel like depression because I didn't feel much.

"I was living in a bunch of different places. I'd sneak into a boarding house where my sister was staying - she let me sleep on my floor. I slept on a lot of floors. The landlord came up and took my guitar - which was really f***ing stupid because I had no way of earning the rent money.

"My dad came and picked me up and paid off my rent. I went home and then I started working in an old people's home. And then I applied for drama school and got in."