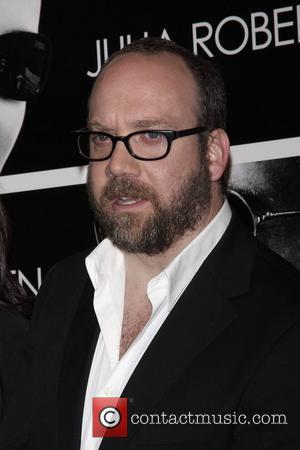 Paul Giamatti has dismissed rumours he's set to replace Sean Penn in upcoming comedy THE THREE STOOGES after he was tipped for the role by co-director Bobby Farrelly himself.
Oscar winner Penn quit the project last week (begs15Jun09), in addition to forthcoming drama Cartel, after announcing he was taking a break from his movie career to spend more time with his family and work on his troubled marriage to actress Robin Wright Penn.
Giamatti emerged the favourite to step into the role of Larry Fine alongside Benicio Del Toro and Jim Carrey, after Farrelly admitted the actor would make a "sensational Larry".
However, Bobby's brother Peter Farrelly confessed they'd already offered the part to another star - although he refused to reveal any names.
The Sideways star's representative has also denied Giamatti will be signing on to the movie project, telling E! News columnist Marc Malkin there have been no talks between the two parties.