Actor Paul Giamatti Jokes Burning A Hole In His Body With A Lit Cigarette For New Show Billions Was An Oddly "Soothing" Sensation. 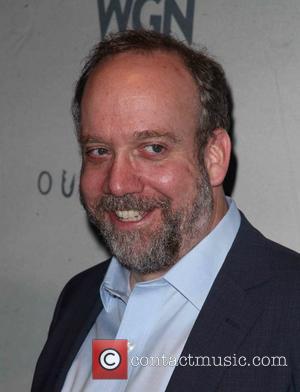 The 48-year-old star had a smoke put out in his chest during a scene for his fresh Showtime drama and Giamatti found the pain oddly pleasant.

“It was great. I enjoyed it very much,” he laughed to Page Six at the New York City premiere of the television series. “I did! I enjoyed it — it was actually really kind of interesting.

“I was genuinely tied up in all those knots, and I found it very, uh, soothing.”

In Billions, Giamatti portrays United States attorney Chuck Rhoades, who is a sadomasochism (S&M) enthusiast in his free time. When he refers to "all those knots" the star alludes to being literally tied up as part of a sex act.

Giamatti has taken on odd characters throughout his career, but the thespian previously told Shortlist magazine although he's up for doing pretty much anything, he does have boundaries.

"Well I’ve done some strange things," he said. "A lot of weird crap. I used to get offered bizarre serial-killer roles, and I don’t mind but often the parts aren’t good. I got offered the role of a guy who ate cat s**t and he was always beating off. I was like, 'Do you know what, man? This I cannot do.' It was sick."