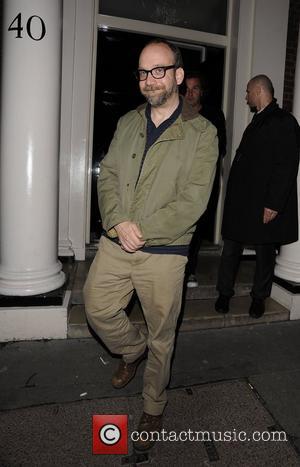 Veteran actor Paul Giamatti was forced to spend time befriending Tom Cruise's movie monkey in new film Rock Of Ages after scaring off the animal in their first scene together.
Giamatti was caught off-guard when producers told him he'd be co-starring with a primate, at Cruise's demand, because there was no mention of the mammal in the original script.
He tells U.S. talk show host Jimmy Fallon, "About two days before we started shooting, they were like, by the way, we've had some conversations with Tom. There's gonna be a baboon in the movie. I'm like, 'That's not in the script!'"
The Sideways star, who plays Paul Gill, the manipulative manager of Cruise's wild rocker Stacee Jaxx, reluctantly agreed to try and bond with Mickey the baboon, but his efforts fell flat.
He explains, "So I had to deal with a baboon and they're all very worried about me dealing with the baboon. There's really gotta be no eye contact and all that kinda c**p. The first thing I've gotta do is be yelling around the baboon. So I come in... and immediately start yelling and the baboon shows me his a** and he runs off! That's what they do. He's under a f**king table showing me his a**! 'Cause that's (their way) of saying, 'Don't hurt me, don't hurt me!' So I had to sit down and get to know him and hold his hand... and all this c**p. I had to spend like an hour-and-a-half with a neurotic baboon, just sitting there."
One scene in the movie musical sees Giamatti get slapped by the cheeky monkey, but Mickey's trainer struggled to provoke a big enough reaction from the animal - so producers had to resort to using a hairy prop, much to the actor's embarrassment.
He adds, "The baboon has to hit me so we're practising and we're like, 'Come on buddy, come on!', and he's kinda tapping me and going (to scratch his butt), so finally they just had to hit me with a big rubber baboon arm! So embarrassing. I'm 45 years old, I'm standing there and a big rubber baboon arm is (hitting me)."