Will Paul Giamatti Play Rhino in the New Spider-Man Movie? 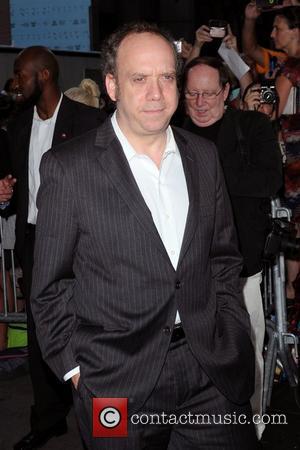 Paul Giamatti is rumoured to be in talks to play Rhino in the newest Spider Man movie, which will be set for release in 2014, according to The Hollywood Reporter.

Giamatti is an unsung hero of Hollywood. He's a chameleon in many ways and has had incredible supporting roles in films such as Saving Private Ryan and The Truman Show, plus a darkly hilarious role as the lead role in American Splendour. He's rarely in the spotlight, but his supporting characters illuminate their respective stars in an understated way. His role as Rhino would almost certainly be a triumph.

Rhino has been both a baddy and a goody in historic Spiderman comics. His first appearance was in 1966 when Rhino was an Soviet 'thug' who had a super-suit which gave him super strength, super speed, and made him entirely invulnerable. However, in later stories he became an ally of Spiderman. Regardless of whether Giamatti will play Rhino it is still unclear as to which side of him we'll see.

If he's not Rhino it'll be entirely down to the producers and director, because Giamatti seriously wants the role. Speaking to ShowbizSpy a few years ago he said: "I thought Rhino was the greatest thing when I was a little kid," says Paul. "It was a guy who was basically in this rhinoceros outfit and I always thought, 'Why don't they have The Rhino in one of their movies,' but maybe The Rhino wasn't that big of a deal for anybody but me." Adding, "If they ever go with The Rhino I would be ready and waiting."