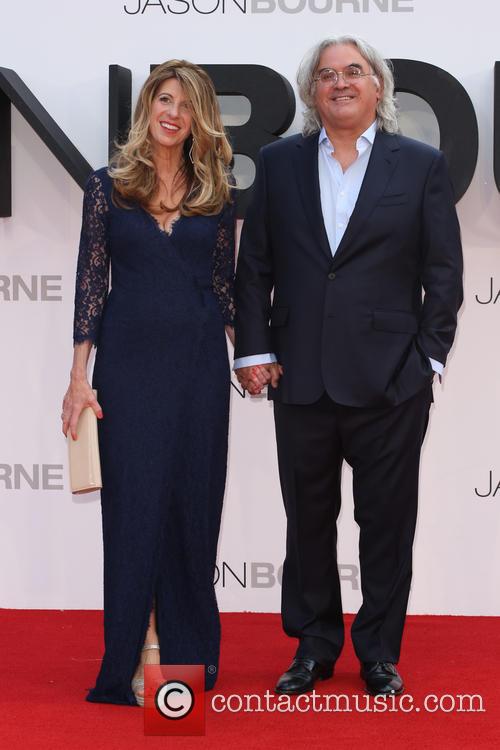 Matt Damon will be reprising his role as Jason Bourne in a film due out in 2016.

Jason Bourne will return and Matt Damon will be reprising his role as the troubled former secret agent. Matt Damon starred in three of the four Bourne movies.

Read More: Matt Damon Open To More Bourne Movies - Will Be Team Up With Jeremy Renner?

Continue reading: Jason Bourne Will Return With Matt Damon Reprising His Role In The Franchise

Matt Damon is to return to play Jason Bourne in the fifth movie in the spy-thriller franchise, with director Paul Greengrass also returning. It will be the duo's third film in the series and is expected to fill the July 16, 2016 release date that Universal previously held for a sequel to Justin Lin's 'Bourne Legacy' with Jeremy Renner. Matt Damon is returning to the Bourne franchise

Since The Bourne Ultimatum (2007), Damon has spoken of potentially returning to the franchise if the story was right.

Matt Damon Open To More 'Bourne' Movies: Will He Team Up With Jeremy Renner?

The 'Bourne' actor is perfectly happy to consider reprising his most famous role.

Matt Damon has revealed that not only would he be happy to reprise his career-defining role of Jason Bourne in the butt-kicking, Bond-esque blockbusters but that he and director Paul Greengrass would have already started beavering away on the sequel to 2007's Bourne Ultimatum if they'd found a suitable storyline. Indeed, just when we thought one of the greatest action franchises of this millennium had been all neatly wrapped up nearly seven years ago, then BAM! - now we're hit with the realisation that there could be more to come from the amnesiac CIA assassin.

Continue reading: Matt Damon Open To More 'Bourne' Movies: Will He Team Up With Jeremy Renner?

Baftas 2014: 'Gravity' Pulls In The Nominations While Chiwetel Ejiofor Stands A Great Chance

An unusual number of complex, well-acted movies made 2013 a very strong year at the cinema...

A Tom Hanks Tour-de-Force, But Was 'Captain Phillips' Really A Hero?

Tom Hanks turns in a career best performance as Captain Phillips, though is he really an American hero?

Tom Hanks is winning plaudits left, right and center for his portrayal of merchant mariner Captain Richard Phillips in Paul Greengrass's critically acclaimed movie. The Hollywood actor's performance as the titular hero who stood up to Somali heroes in April 2009 is likely to see him do battle with Robert Redford for the Oscar for Best Actor in March 2013.

However, as Greengrass's movie prepares to hit screens in the UK following a strong opening across the Atlantic, crew members of the Maersk Alabama - which suffered the raid 4 years ago - have questioned Phillips' hero status.

Continue reading: A Tom Hanks Tour-de-Force, But Was 'Captain Phillips' Really A Hero?

Why Tom Hanks Could Win His Second Oscar For 'Captain Phillips'

Could Tom Hanks make it two Oscars for Best Actor?

Captain Phillips has sailed gently into the Oscars race this year, creeping up on Twelve Years a Slave, American Hustle and Gravity with a handful of positive screenings at the festivals and praise for its leading man, Tom Hanks. The movie, by thriller aficionado Paul Greengrass, tells the true story of merchant mariner Captain Richard Phillips, who was taken by hostage by Somali Pirates during the Maersk Alabama hijacking in 2009. It's adapted from Phillips' own book A Captain's Duty: Somali Pirates, Navy SEALs, and Dangerous Days at Sea.

Continue reading: Why Tom Hanks Could Win His Second Oscar For 'Captain Phillips'

Paul Greengrass' 'Captain Phillips' premièred at the 51st New York Film Festival, but to what kind of reception?

Britain's Paul Greengrass directed the intense real-life thriller that was based on events that occurred in 2009 when a US cargo ship was hijacked by Somali pirates.