Crocodile Dundee is a lone croc... 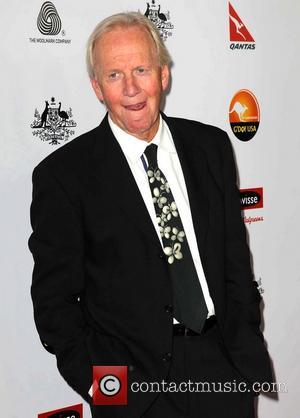 Woah, we didn’t see this one coming. The Crocodile man himself Paul Hogan is divorcing from his wife of 23 years Linda Hogan – and she wants the lot. Maybe. Linda Hogan – not the ex-wife of Hulk Hogan – cites irreconcilable differences as the reason for seeking to end the marriage.

Linda wants spousal support and joint legal and physical custody of their 15-year-old son Chance. There’s also plenty of money to divvy up, with Paul being worth a reported $20 million.

Oh, and she wants to erase any trace of being married to Crocodile Dundee himself, asking for her maiden name to be restored.

According to documents obtained by TMZ.com, the couple separated last month and a representative for Paul says the split has been amicable. This is familiar territory for the American actor, who divorced first week Noelene before the pair remarried. It all came to a head in 1986 and became one of the ugliest celebrity divorces ever.

A sign that trouble was brewing came last month when Paul and Linda sold their Malibu mansion to the Rush actor Chris Hemsworth. He and his wife, Elsa Pataky, scooped up their new, 6,000 sq. ft home for $4.8 million.

Hogan is, of course, best known for his role as Michael J."Crocodile" Dundee in Crocodile Dundee, a film that saw three entries to a franchise stretched between 1986 and 2001.

He would never match the success of the 1986 crocodile classic, though, with subsequent films, Strange Bedfellows, Charlie & Boots, Flipper and Lightning Jack all flopping. Or flipping, as was the case with… Flipper. No more Paul and Linda, apparently