The TV icon revealed that he and his husband, Andre Portasio, were started on by a yob on a flight from Thailand to the UK.

Paul O’Grady has revealed details of a sickening homophobic incident that he and his husband were subjected to on a flight – and of how the star handled himself and dealt with the perpetrator.

The 63 year old spoke to The Sun on Wednesday (September 19th) and explained that on a recent flight from Thailand to the UK, he and long-time partner Andre Portasio were subjected to obscenity and abuse from a fellow passenger after the thug accused Portasio of “looking” at him.

In response to being called a “f***ing queer”, O’Grady said he “stood up” and said to the man: “You’re lucky we’re not in the street, mate, because you’d be eating your dinner through a straw.”

It has been confirmed that Paul O'Grady is now married to his boyfriend of 11 years Andre Portasio. Having said that, he's currently got other things on his mind as he reveals he's genuinely scared that aliens are coming after him. It's quite the emotional rollercoaster.

The 62-year-old TV presenter, comedian and former drag star officially tied the knot with his long-term partner Andre Portasio - who is 25 years his junior - last summer at a beautiful ceremony in the Goring Hotel gardens in London.

Continue reading: How Long Has Paul O'Grady Been Married? Paul O'Grady will undergo heart surgery after he suffered an angina attack on Monday (Nov 18th).

The 58 year-old has already suffered two heart attacks and told his good friend, radio DJ Pete Price that he was undergoing surgery, according to the Liverpool Echo.

In a text message sent to Pete yesterday, he said, "I have had an angina attack and I will need a few days' rest." 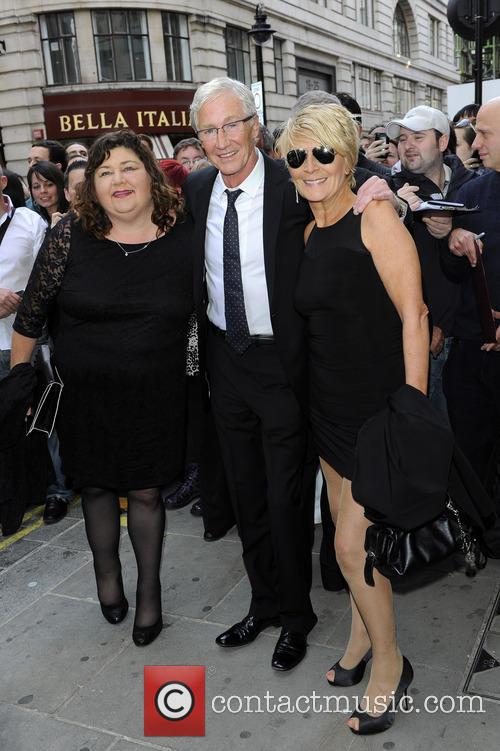 Paul O’Grady’s TV show For The Love Of Dogs has been shortlisted for a Bafta award. Back in January, the show had success at the national Television Awards, for Best Factual Entertainment. Now it looks set to receive even bigger acclaim, from one of the entertainment industry’s most influential awards ceremonies.

In the show, O’Grady investigates the work of the Battersea Dogs & Cats Home charity, following the emotional ups and downs of working with abandoned animals, or those whose owners are no longer able to look after them. The charity’s chief executive, Claire Horton said “To be nominated for a Bafta is an incredible honour and we're so thrilled that millions of people fell in love with the ITV series. Paul O'Grady is the perfect fit for Battersea and his love for all our dogs shone through in every episode,” according to the Pet Product marketing website. Around 8 million viewers tuned in to the show every week, either watching it live or watching back on a catch-up service.

Shown on ITV, the programme is currently being filmed for a second series. Other nominations for the Bafta ‘features’ category are Bank of Dave, The Great British Bake Off and Grand Designs. The winner will be announced during a TV ceremony, on May 12, 2013.