The TV icon revealed that he and his husband, Andre Portasio, were started on by a yob on a flight from Thailand to the UK.

Paul O’Grady has revealed details of a sickening homophobic incident that he and his husband were subjected to on a flight – and of how the star handled himself and dealt with the perpetrator.

The 63 year old spoke to The Sun on Wednesday (September 19th) and explained that on a recent flight from Thailand to the UK, he and long-time partner Andre Portasio were subjected to obscenity and abuse from a fellow passenger after the thug accused Portasio of “looking” at him.

In response to being called a “f***ing queer”, O’Grady said he “stood up” and said to the man: “You’re lucky we’re not in the street, mate, because you’d be eating your dinner through a straw.”

“He didn’t know I was sitting next to Andre. Then the bonehead was saying something about me thinking I could do whatever I wanted because I was famous. He claimed Andre had been looking at him, which was ridiculous. I mean, he was this typical English yob with a beard and a beer belly.”

The altercation led to the hooligan being kicked out of business class for the flight, and then being arrested upon landing at Heathrow. However, O’Grady and his husband decided not to press charges against him, as that would have meant inconveniencing and delaying other passengers because of police needing to take witness statements.

“It was only afterwards I thought they should have turned that flight around and had him arrested by Thai police,” the star reflected. “It could easily have turned nasty up there.”

O’Grady, the current host of Channel 5’s re-booted ‘Blind Date’ – the show presented by the late Cilla Black, a close friend of Paul’s – got married to Andre in a private ceremony in the summer of 2017, having been in a relationship for close to a decade.

More: How long has Paul O’Grady been married? 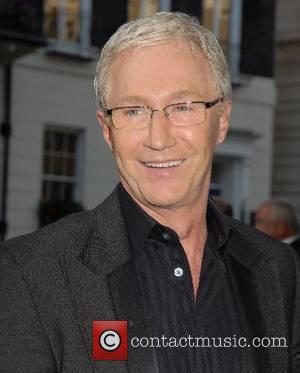