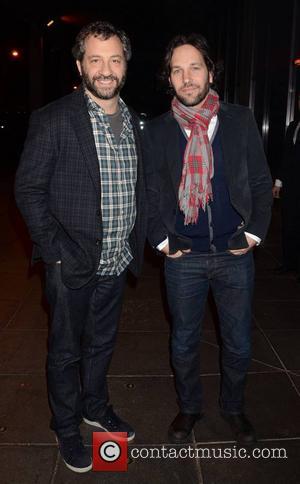 It's box office takings currently stand at over $71 million, and now 'This Is 40' is set to test itself on the UK market, with the film out on general release today (February 14, 2013). The sequel to the film Knocked Up, This Is 40 once again stars Paul Rudd and Leslie Mann, the couple now getting used to hitting the big 40 and dealing with their work and kids, Sadie and Charlotte.

The film's success domestically was despite a hit and miss run of reviews from American critics, and if it's to have an impact on the UK it looks like it's going to have to overcome a similar wave of non-consensus. On the one hand you have The Guardian writing "This is terrifically assured work from Judd Apatow. And most importantly, funny". Then there's Digital Spy, who write "Apatow adopts a leisurely pace, but this is a story about middle-age after all and when characters are this much fun, you won't be watching the time go by."

Yet on the other hand there's a few big hitting negative reviews. "Middle-aged, middle-class and, if we're frank, a little middling and 'medium soft', the uneven This Is 40 indulges its flabby excess of subplots, but is redeemed by some genuine belly laughs" comments Film4. The Daily Telegraph is equally dismissive, writing "Every scene feels like an airbrushed composite of dozens of rambling takes, and 133 minutes is drainingly long for a story this sitcom-slight." So is it going to be a success? If the critics are anything to go by . who knows.

Thinking of seeing it? Watch the 'This Is 40 Trailer':