Actor Paul Rudd Was Left Red-faced As He Attempted To Recreate The Iconic Interrogation Scene From Basic Instinct For His Ant-man Co-star Michael Douglas - And Failed Miserably. 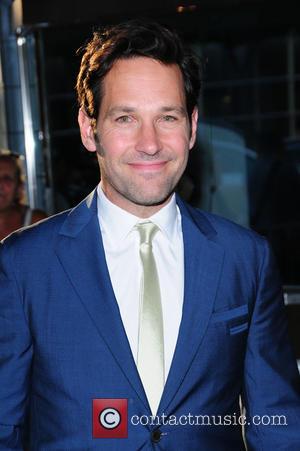 Rudd thought it would be fun to prank Douglas on the last day of shooting by exposing himself just like Sharon Stone did in character in the 1992 film when she uncrossed her legs to briefly reveal her genitals.

However, the star's joke backfired on him and just left Douglas wondering if Rudd was a "pervert".

He says, "He (Douglas) is the coolest, he's great, I mean he's a legend and as great as he is, I could never ever shake the fact that I was working with Michael Douglas. It's intimidating and he's so nice, but I didn't want him to think I couldn't be myself and I thought, 'I'm really going to try and be buddy buddy with the guy'.

"It was his last day and we were doing a close up and I thought, 'You know what I'm going to do, I'm going to Basic Instinct him', and when he's speaking, I'm sitting in a chair across from him, and I'm going to (mimic the classic scene).

"So I didn't tell anybody and they're getting ready and I'm wearing a T-shirt and jeans, so I unzip my pants and (I pull out my penis). I'm like, 'This is going to be great'. So I had to pull my shirt down so I wasn't exposed and then I figure I'm going to sit down and when the scene starts I'm going to lift my shirt up...

"The one thing I didn't take into account was that when I sat down, the waistband of my boxers was going to push everything up and back in... so I was pulling my shirt down, trying to get it out and he's doing his lines not giving you nothing, just really a total pro and I'm really trying (to fix everything).

"I should have just stopped, but I didn't. It looked like I was basically pleasuring myself to Michael Douglas giving a monologue and I'm covering it and then he stopped and looked at me and said, 'What are you, a f**king pervert?' No smiles, no (anything) and I was like, 'Oh, I'm so sorry, I was trying to Basic Instinct you. I thought it would be great', and he just went, 'Oh OK'."