The married couple's disorderly conduct case has been dropped, but only on the condition that they stay out of trouble for the next 13 months. 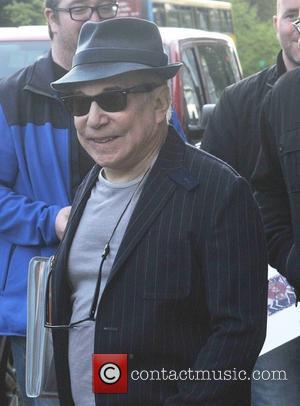 Paul Simon and Edie Brickell will not face charges in their disorderly conduct case.

The husband and wife, who have been united throughout this legal issue, were given the all clear as of Tuesday (June 17th).

The case revolves around an incident that occurred on April 26th after officers were called to their home in New Canaan, Connecticut, to investigate a domestic ''dispute'', according to a police statement.

Only minor injuries were found but this still led to an arrest for domestic abuse. It has not yet been confirmed who was injured.

However, in the every short hearing the prosecutors decided to drop the charges against the singing couple at a Norwalk, Connecticut, Superior Court.

Judge William Wenzel also announced that Simon and Brickell will be kept in the clear if they remain out of trouble for the next 13 months.

Dismissing the case may have something to do with the married couple remaining together throughout the legal process, during their first court appearance on April 28th, Simon said he and his wife are "fine," and that they "love each other."

Adding, "We're going to watch our son play baseball. We had an argument, which is atypical of us. Neither one of us has any fear, or any reason to feel threatened."

Edie also contributed at the hearing and echoed her husband's statement by saying, "He's no threat to me at all." In their second court appearance on May 16th, Simon and Brickell were unified once again as they held hands for the whole duration.

The singing couple, who have been married for 22 years and share three children Adrian, Lulu and Gabriel, together. Simon and his wife will nto face any charges