After their domestic conflict that occurred last month, the married couple seem to have resolved their issues. 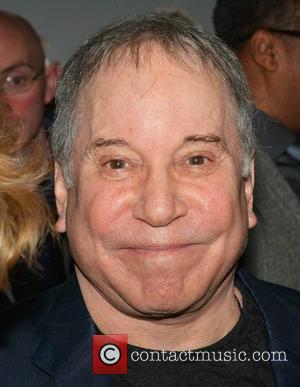 Paul Simon and Edie Brickell seem to have resolved their issues.

The husband and wife appeared in court Friday (May 16th) at the Norwalk Superior Court in Connecticut to attend a hearing for their disorderly conduct case.

While in court, Simon and Brickell were united as they held hands for the duration of the hearing.

But they were unhappy with one aspect of their visit, Judge William Wenzel rejected the couple's request to ban cameras from the courtroom, according to Reuters.

"Everyone who comes into this court is presumed innocent and our general policy is to allow open media access so I am overruling that request," Wenzel said.

The judge was also forced to silence Simon after he reportedly spoke out of turn, "Let your attorney speak," Wenzel stated.

This hearing revolves around an incident that occurred on April 26th after officers were called to their home in New Canaan, Connecticut, to investigate a domestic ''dispute'', according to a police statement.

Only minor injuries were found but this still led to an arrest for domestic abuse. It has not yet been confirmed who was injured.

However, during their first court appearance on April 28th, Simon said he and his wife are "fine," and that they "love each other." The pair also made it clear that they did not consider the other a threat.

The singing couple, who have been married for 22 years and share three children Adrian, Lulu and Gabriel, together, will next appear in court on June 17th.

Once their hearing was finished, Paul and Edie left the court very quickly and were greeted by fan holding a copy of the Simon and Garfunkel album 'Parsley, Sage, Rosemary and Thyme.' Paul Simon appeared in court with his wife, holding hands