Pompeii was 'hell' for Kiefer Sutherland Paul W.S. Anderson put Kiefer Sutherland through ''hell'' on the set of 'Pompeii'.

The director admitted Sutherland and Kit Harington were left feeling ''uncomfortable'' as they filmed through clouds of ash to recreate the scenes from volcano explosion that destroyed the Italian city in 79 AD.

Speaking to BANG Showbiz, he said: ''We needed to plunge them into hell and it's easier to act like that if they are in hellish conditions.

''If you talk to Kit or Kiefer, they would both tell you the same, it was hellish making the movie.

''We had a lot of very unhappy actors. Everyone was very committed to the movie and coming to work. But I think there were times when they weren't happy. They weren't coming in, in the mornings saying, 'Woohoo! Pompeii!' because they were getting ash in their eyes and in their lungs.

''It really was an uncomfortable movie but I think that discomfort added a huge layer of realism.''

''I said, 'NAR' and he said, 'No acting required'. He said, 'I don't need to pretend that the world was ending. I know you're going to make me feel like it is.''

According to the director, the '24' actor even revealed that 'Pompeii' was the hardest film he's ever made.

He explained: ''Kiefer's made about 50 movies and at the end of ['Pompeii'] he said, 'That's the toughest film I've ever made.' I took that as a compliment!''

'Pompeii' is available on DVD and Bluray from September 15.

Pompeii was 'hell' for Kiefer Sutherland 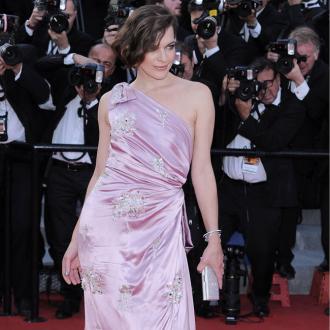 Resident Evil 6 to be last film in franchise