A memorial took place at the crash site of Paul Walker and his friend Roger Rodas, where thousands of fans attended to pay their respects to the late actor and his friend. 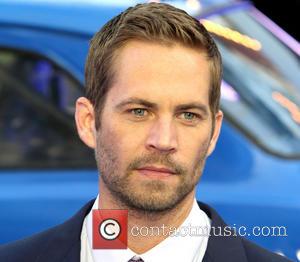 The gathering of mourners occurred at the crash site in Santa Clarita, Calif., where the 40 year-old was in a fatal car crash with Roger Rodas on Nov 30th.

The memorial service, which was organised through social media, was expected to begin at noon but fans arrived hours early to leave flowers, notes and other tributes.

Many of the fans joined the service in high performance vehicles as a nod to Walker's own love of cars and for his starring role in 'The Fast and the Furious' movie franchise.

Several cars which Paul drove in the street racing movies were on display in a nearby church car park along with a huge canvas, with a photo of Walker and Rodas on it, which fans could sign, according to The Los Angeles Times.

Walker and Rodas died when the Porsche GT, which Rodas was driving, collided with a lamppost and a tree before it burst into flames. The autopsy report stated, Walker died from "combined effects of traumatic and thermal injuries," meaning the 40 year-old died not just from impact injuries, he also burnt to death.

The tragedy has been devastating to his fans an especially the actor's co-stars who have used social media to pay their respects to Paul. Vin Diesel, who called Paul a "brother", also revealed the moments he visited Paul's mother and how he broke down crying.

On the day of the crash Walker was attending a charity event sponsored by his own non-profit relief organisation, Reach Out Worldwide.