A stunt team who worked on 'Fast and Furious 7' are reportedly upset they are not acknowledged in the credits. 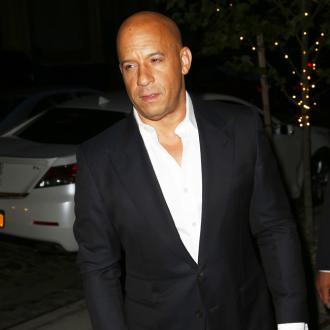 The stunt team behind 'Fast and Furious 7' are reportedly angry they've not been acknowledged in the credits.

The latest instalment in the action film series features the likes of DWAYNE 'THE ROCK' JOHNSON, the late Paul Walker and Vin Diesel, but the team responsible for some of the most action-packed scenes in the movie - including an eye-catching parachute car jump - are angry at being left out of the end credits.

As many as 25 stunt workers have not been credited for their part in the film, including one of Paul Walker's stunt doubles, according to TMZ.

Universal Studios have responded to the claims by saying they intend to look into the issue.

The 69-year-old star wants to play a ''mad driver'' in the action film series and thinks she's already proven her credentials for the role by appearing on the popular motoring show 'Top Gear'.

She revealed: ''My great ambition is to be in a Fast and Furious movie.

''I so want to be a mad driver in a Fast and Furious movie ... my claim to fame is I always do my own driving. I was on Top Gear, and I did [my lap] in a very good time.