Paul Walker's remains have been released back to his family as they prepare the actor's funeral for this weekend, the 'Fast & Furious' cast are among the close family and friends attending the service. 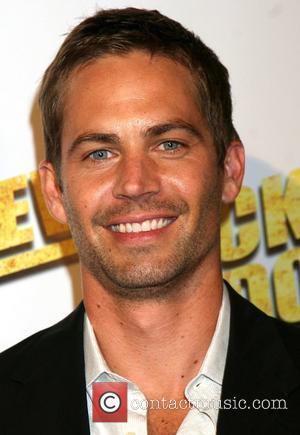 Paul Walker's body was released from the coroner's office on Monday (Dec 9th), according to TMZ.

The remains of the actor were transported to the Forest Lawn Hollywood Hills mortuary by his family's request.

Walker died from traumatic injuries and burns in a fatal car crash on Nov 30th in Santa Clarita, he was attending a charity event hosted by his own organisation 'Reach Out Worldwide'.

The Porsche GT, which crashed into a tree then a lamppost before been engulfed in flames, also killed Walker's friend, Roger Rodas, who was behind the wheel at the time of the accident.

The deaths were ruled as accidental.

'The Fast and the Furious' star's family are scheduling his funeral for this weekend and will be a small ceremony, only attended by close friends and family, E!News reports.

A source told the gossip website, "All of the funeral details are still being worked out."

Tyrese Gibson, who co-starred with Walker in the street racing franchise, has been helping the family organize the funeral arrangements.

The 'Fast & Furious' cast will be invited to the funeral as Paul was close with each of them since the first film was shot back in 2001.

An insider also told E! that Paul's 15 year-old daughter Meadow is the family's biggest concern, "She is doing OK and as well as can be expected," the insider said. "She is a little lost right now and is spending a lot of time with her close friends."

Vin Diesel is another co-star who has been in close contact with Walker's family, the 46 year-old shared a tear-jerking message on Facebook which detailed how he broke down when he visited their home.

Part of the post read, "I thought they needed my strength, but realized when I got there and broke down before his family, that it was I who needed theirs." Walker's funeral will be held at the weekend