Paul Walker's Brother Gets Emotional While Speaking Of Actor's Death

The younger brother of Paul Walker opens up about the Hollywood actor's death, and says it still "doesn't feel real". 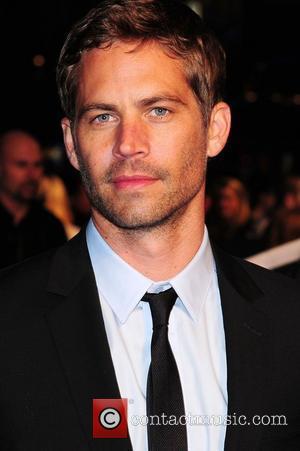 Cody Walker, the brother of the late Paul Walker, spoke publically for the first time since the tragic death of his Hollywood star sibling.

The grief stricken younger brother expressed his struggles of coming to terms with Paul's passing and insists the tragedy still "doesn't feel real".

The 40 year-old actor was killed in a car crash when visiting a charity event in Valencia, California, this past November (2013).

Walker was a passenger in a Porsche GT when it crashed after the driver lost control and collided with a post and tree which caused the car to burst into flames.

During an interview with the Associated Press, Cody spoke about his older brother while getting very emotional.

"Right now, a whole lot of time has not gone by yet (since Paul's death). It still doesn't feel real, because sometimes, working in this industry, making films, he'd be away from his family three, four, six months at a time, you know?" he said. "And my only interaction would be a phone call. So, I know it's going to take a while."

Filming for the seventh instalment has commenced after taking a lengthy break following Walker's death, although he had already filmed the majority of his scenes there were vital shots that still needed to be completed.

It was previously reported that the filmmakers would not kill O'Connor off but 'retire' him in the 7th instalment, and they will also finish the late star's remaining scenes with the use of stunt doubles and CGI.

Universal have also enlisted the help of Cody and Caleb (Walker's brothers) to stand in as the actor's doubles in order to finish several key scenes.