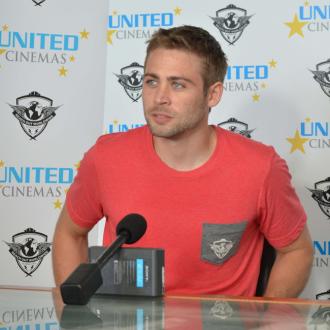 The late 'Fast & Furious' star's sibling -- who appeared as a stand-in for him in 'Furious 7' following his death -- wed girlfriend Felicia Knox on Saturday (15.08.15) in Gold Beach, Oregon.

Felicia, who works for Paul's Reach Out Worldwide charity, shared a picture of herself in a white dressing gown with the word 'bride' emblazoned on it.

She wrote: ''Today is this day! #letsdothis #walkerdowntheaisle (sic)''

The 27-year-old recently launched an acting career after he and brother Caleb helped complete scenes for the latest 'Fast & Furious' film, which was still in production at the time of Paul's death in November 2013.

The beloved actor was involved in a fiery car accident in Santa Clarita, California, that also killed his friend Roger Rodas.

Cody previously revealed he thinks Paul would have been proud of his work in the high-octane film.

He said: ''I wasn't nervous to see it. I was more anxious to see how it turned out.

''It's bittersweet, but I think Paul would be proud.''