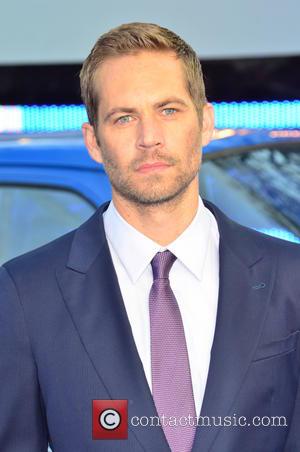 Since the 'Fast & Furious' film franchise follows the bond of a family, it is only right that a real-life family helps finish filming the latest instalment.

'Fast & Furious 7' has required the help of Paul Walker's two brothers, Cody and Caleb, to step in as body doubles for the late actor.

Since the tragic death of Paul Walker last November, it has often been speculated how director James Wan and the film's production team will attempt to finish the project.

The 40 year-old was killed when visiting a charity event in Santa Clarita, California, he and friend Roger Rodas, (38) lost control while in a Porsche GT, and collided with a post and tree which caused the car to burst into flames.

Walker, who plays the former undercover cop Brian O'Connor, had already filmed the majority of his scenes before his untimely death, but there were vital shots that still needed to be completed.

It was previously reported that the filmmakers would not kill O'Connor off but 'retire' him in the 7th instalment, and they will also finish the late star's remaining scenes with the use of stunt doubles and CGI.

So it isn't a surprise when the studio hired the two people Walker looked most alike.

Universal announced the news on Facebook Tuesday (April 15th), posting, "The FAST & FURIOUS saga is about family. The characters are connected by the bond of family, and it is how all of us who have worked together for more than thirteen years feel about each other."

"We have resumed shooting and now welcome Paul's brothers, Caleb and Cody, into our FAST family," they wrote, adding that some of Walker's last scenes were "among the strongest work of his career."

"Having them on set has made us all feel that Paul is with us too," the post concluded.