Michell Rodriguez and Luke Evans are Paul Walker's latest co-stars to express their devastation on his sudden death this past Saturday (Nov 30th). 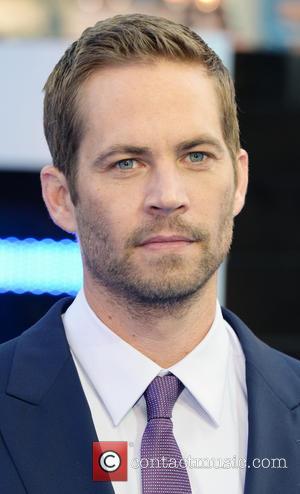 Michelle Rodriquez, who co-starred with Paul in 'The Fast and the Furious' franchise, has finally broke her silence on his tragic death.

The 35 year-old, like many others, took to twitter to express her sentiments following Walker's fatal car crash in Santa Clarita, while attending a charity event for his organization 'Reach Out Worldwide'.

"I'm gonna carry this torch for you brother", she posted. "With a forced smile on my face and Im gonna open my heart just cause your telling me to."

Rodriquez was also filming 'Fast & Furious 7' prior to the accident.

The villain of 'Fast & Furious 6', British actor Luke Evans, has also addressed the recent passing of Walker. Evans spoke to MTV News on Monday (Dec 2nd), while promoting his latest film, Peter Jackson's The Hobbit: The Desolation of Smaug.'

When speaking about the tragedy, he said, "I am still processing it, as I'm sure most people around the world are."

"It's tragic," Evans continued. "It's untimely and painful for everybody who knew him personally and publically." The 34 year-old joined the successful street racing franchise as 'Owen Shaw', a gang leader with his own team of mercenaries, he expressed his appreciation for Walker who made him feel so welcome on set.

"He was a wonderful man", Luke stated. "He was a really, really warm human being and a very generous guy, he made me feel very welcome on the set when I worked with him."

The Welsh native finished by saying, "He's gonna be greatly missed by a lot of people." Evans is still struggling to process the loss