Paul Walker's girlfriend is 'broken up' 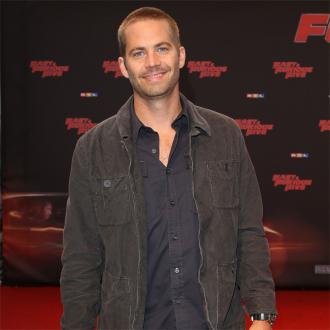 The 40-year-old actor, who died in a crash after a charity car show in Santa Clarita, California, on Saturday (30.11.13), had been dating 23-year-old student Jasmine Pilchard-Gosnell, who lives in Santa Barbara, for seven years and she is being comforted by her mother, Julie, as she struggles to cope following the ''horrible'' accident.

Jasmine's uncle Barton Bruner told the MailOnline website: ''Paul was a really good guy and Jasmine is broken up by this. I went to Thanksgiving with him, played golf with him.

''They had their ups and downs but they were together and looking to spend a bright future together.

''This is horrible news and unexpected. Her mother is with her and she is comforting her.''

The couple reportedly first got together when the 'Fast & Furious' star was 33 and Jasmine was just 16.

Meanwhile a tribute allegedly posted by Paul's daughter, Meadow Rain, 15, who witnessed the crash, has been revealed to be a fake.

A source told TMZ.com that an imposter posted photograph of them on Facebook on Sunday (01.12.13) with the caption: ''When I was little he taught me to walk, taught me to smile, and taught me to never give up. I loved him even before I knew what love was. He was my hero. My REAL life hero! He will always be in my heart! It brings tears to my eyes as I write this. You're gone, but not forgotten! R.I.P dad''

Watch our interview with Paul Walker and Jordana Brewster:

Paul had a brief relationship with Meadow's mother Rebecca McBrain and the teenager moved in with him recently after spending most of her childhood in Hawaii.

A huge number of Hollywood stars have expressed their sympathy to Paul's family via Twitter including Olivia Wilde, Jessica Alba, Liam Neeson and Rihanna.

Watch part two of our interview with Paul Walker and Jordana Brewster.