Review of Wake Up The Nation Album by Paul Weller

Weller's a bit like Marmite, always has been. To his legion of adoring fans, he's a god, a peoples poet, he's quite simply the Modfather. But to his snobby detractors he represents dad rock in all of its glory, regressive and turgid. But whatever you think of the man, it remains impossible to deny how prolific his song writing has been over the years. Spanning 5 decades from The Jam to his Solo career via the ambitious Style Council, his catalogue of songs is up there with the best of them. 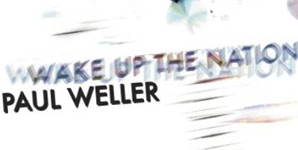 Its also unfair to label him as turgid, sure he wears his past influences on his sleeve as a mod revivalist but he's never been afraid to shake things up when they appear to be turning stagnant, splitting up the Jam at their peak, forming jazz funk outfit The Style Council, and having the guts to release a double album (22 Dreams) in a marketing climate that has found them to be more than rare.

What's most notable from early listens of Wake Up The Nation, is its uncompromising energy levels. Moonshine kicks things off with some abrasive and aggressive offbeat piano playing that compliments Weller's soulful vocal tremendously and you can almost imagine him showboating by playing a few of the notes with his feet. The title track follows suit, a straight down the line rock N roll record oozing with attitude and anger without sounding bitter. Weller's observational lyrics come into play here more than ever 'get your face off Facebook and turn off your phone'

A hark back to the sound Heliocentric is put in place for short but sweet Andromeda, which lures you in with its charming and catchy sensibilities from the off, just a shame it doesn't stick around longer than its 1:53.

But its not all stompers and ballads, not by a long shot, Weller and band fool us all with an opening of impressive yet trademark Weller tracks before peppering an arsenal of experimental numbers from there on in. Bruce Foxton featuring Fast Car / Slow Traffic is the first to show its colours with more madcap piano playing as well as some impromptu organ playing. It's a song that neglects the rules of song structure and soon fades out leaving you bemused more than anything. In Amsterdam takes this new found ambition a step further, an instrumental that sounds like a mad trip at the circus with its repetitive yet gentle playing.

Wake Up The Nation is evidently the sound of Weller enjoying himself, throwing off the shackles of expectation and responsibility and remembering that he's done it all already. Experimenting with instruments and production techniques helps to show sides to his repertoire that have since remained hidden and make for a truly unpredictable record.