Paul Weller: 'Noel Gallagher Has No Need To Reform Oasis' 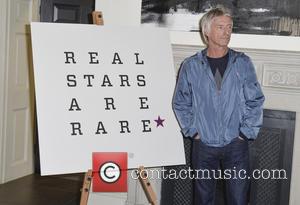 Rocker Paul Weller has confirmed he regularly orders his pal Noel Gallagher not to reform Oasis because his solo career is soaring.

Gallagher revealed earlier this week (ends18Jan15) that the former The Jam frontman has threatened to dump him as a friend if he ever reunites with his former bandmates following their break-up in 2009.

Now Weller has explained the reasons behind his demands, insisting the singer/guitarist's solo career is a runaway success and he has no need to treat music as a "business" and reunite the Wonderwall hitmakers.

Weller tells NME magazine, "Why would he need to? He's flying at the moment. I don't think he needs to. There's always exceptions, but generally speaking I'm f**king bored stiff of reunions. I know it's popular with people, but I don't get it - I don't get the whole nostalgia thing. It's just become a business, hasn't it?"

NME: Noel Gallagher: 'Paul Weller would put my windows in if Oasis ...