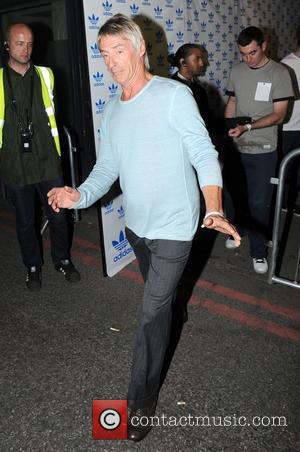 British rocker Paul Weller has ruled out reuniting with any of his former bands as he finds it "really disappointing" when his peers reform their old groups.
Weller formed The Jam in the 1970s and the band enjoyed a number of hit albums before splitting in 1982. He then moved on to The Style Council, before launching a solo career.
Despite fellow cult rockers the Stone Roses reforming with much success this year (12), Weller admits he is tired of seeing old bands return for a second shot in the limelight.
He tells Britain's Daily Mirror, "It drives me potty to be honest and I am sick of seeing it. It is big business at the moment and I find it really disappointing and I think all the time that is spent on bands reforming and nostalgia.
"What about the new bands, or young bands, coming in which don't get a look in? I don't know what the reason is. Why is it so prevalent? Is it because people stick to what they know or what they are comfortable or safe with?
"But I think I come from a time when all the artists I grew up with and I loved always used to try and push the boundaries and there doesn't seem so much of that really. It is the same sort of thing, and I find it disappointing."