Paul Weller thinks many reissues of his old material have been ''pointless'' but he'd rather be involved to ensure his record company do ''a half-decent job''. 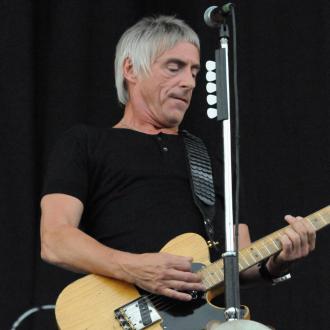 Paul Weller thinks many reissues of his albums have been ''pointless''.

The 'Changingman' hitmaker would never refuse his record company permission to release special editions of his back catalogue and would rather be involved with selecting the tracks, but often thinks they are a waste of time and money.

He said: ''Haven't we got enough anniversary box sets? I think we have, which will sound contradictory because they've put enough of mine out.

''They did a good one on 'Stanley Road'. There was some nice outtakes and there was a nice DVD that went with it.

''Some of them are pointless. There isn't any material, there aren't any hidden gems, it's just people f***ing around with demos or half-formed songs.

''I don't know if I could put my foot down and say, 'You can't do that.' They own it all. You might as well get involved and make sure they do a half-decent job on it.''

Despite his extensive back catalogue, the 56-year-old rocker - who has just released a new greatest hits compilation, 'More Modern Classics' - believes his music will only get better.

Asked if he thinks his best work is still to come, he told Uncut magazine: ''I'd like to think it is. When I listen to the compilation, I still think the latter stuff is better.

''But then, I don't know if that's just because I always like what I'm doing at the time than if it's genuinely better.