Paul Weller likes to challenge himself to fit an entire story into his songs, a technique he has admired in other songwriters, such as Ray Davies and Pete Townshend. 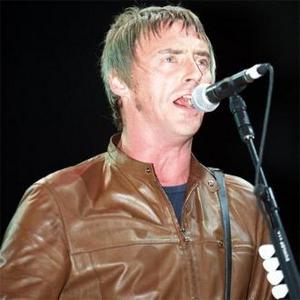 Paul Weller likes to challenge himself to fit an entire story into his songs.

The 'That Dangerous Age' rocker has never been a fan of whole albums which explore a single concept, preferring individual tracks to give a whole story.

He said: ''I've never been a fan of the concept album. I always saw more of a conceptual link in some of [The Kinks'] Ray Davies' singles and some of [The Who's] Pete Townshend's early songs, they were more interesting to me. ''It was more of a challenge to try and fit those ideas into three minutes, you know, than a double album.

''I like all sorts of songs, but I do like story songs as well, I think it's a quite a challenge to write that and make it condensed.''

Paul's eleventh solo album, 'Sonik Kicks', has been one of the best received of solo career, and at this stage in his life, he is trying to ''have fun'' with his sound.

He added to Absolute Radio: ''I'm just trying different things really. I think there's that feeling of it being really wide open and not having any constraints of any kind, and having fun with it as well, there's some humour in there as well.

''[The response to the album] has been amazing. I mean, you never know what to expect, obviously, and I've been really pleased with it. Yeah, I can only really judge it on when we've been playing it live and it seems to have really gone down with people. It's good.''

Absolute Radio have just released their latest Player App for BlackBerry smartphones, which allows users to stream the radio station and includes a host of new features, including a 'Chat with DJ' function. The app is available for download now from the BlackBerry App World store.