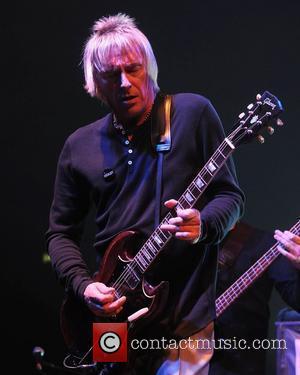 Veteran rocker Paul Weller has reportedly proposed to his 24-year-old backing singer girlfriend.
The former The Jam frontman met Hannah Andrews on his 22 Dreams tour in 2008 when she provided backing vocals for his band.
And the pair is now rumoured to be preparing to exchange vows after Andrew was spotted sporting a huge diamond band on her ring finger.
Weller recently hinted he is ready to spend the rest of his life with Andrews, saying, "It's funny to think that after all these years I've finally met my soulmate - and at my age. All I can say is that I am very, very much in love."
It's not the first time Weller has become romantically involved with one of his backing singers - he wed vocalist Dee C. Lee in 1988. The pair had two children and divorced in 1994.
He also has two children with Samantha Stock, who he split from in 2008.