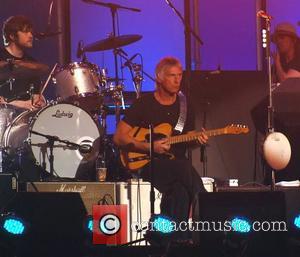 Rocker Paul Weller will not be joining Facebook any time soon - he's blasted social networking websites as "distracting" and a waste of time.
The former The Jam frontman's representatives have set up an account on the popular site to keep fans up-to-date with his album releases and tour dates.
But the singer/songwriter is adamant he avoids using networking websites himself, because he's convinced they have a negative effect on society.
Weller takes aim at Facebook in a song on his latest album Wake Up The Nation, and he tells NME, "I do think that technology is good for certain things, but I do also think that the a**e end of that is there's just a lot of time wasted, staring at a screen, talking to cyber-friends. And I don't get that, really.
"I think it's a way of distracting people from what's really happening. I do think there's an element of that. I think it's the new opium of the masses, personally. All the things that I don't like about that... I would have thought that would be enough for any new generation to kick against."