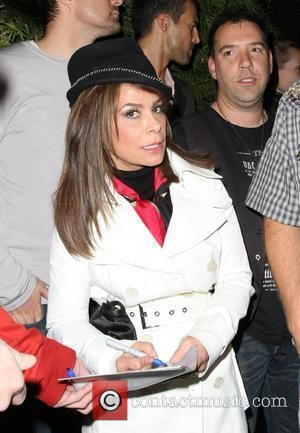 Paula Abdul fell for a stunt played by comedian Sacha Baron Cohen as part of his new film Bruno, she has admitted.

The American Idol judge revealed she was told she had won an Artist of the Year award in Germany last year and took part in an interview with Baron Cohen's character Bruno, an ultra-camp fashion designer.

Appearing on the Johnjay and Rich radio show in the US, the singer was unaware of being spoofed by the Borat creator until weeks later, after a reporter quizzed her about the set-up.

"At two o'clock in the morning, I woke up in a cold sweat and I went, 'Oh my God!' And I'm dying. Because you don't expect it," she admitted.

The 46-year-old recalled the bizarre incident, saying: "I'm greeted by this futuristic dude with a mohawk - and he's flaming.

"I walk in and there was no furniture except a chair. And this guy Bruno introduces himself. He snaps his fingers and says, 'Gardeners'.

"And these two Mexican guys come in, and they drop down to all fours. I see him paying them like ten bucks."

The Opposites Attract singer said the encounter turned "uncomfortable" when Baron Cohen in the guise of Bruno kicked one of the Mexicans.

"I said: 'Get me out of here. This is crazy. This is not funny, this is discrimination. This is abusive stuff going on here'."

Abdul only realised the spoof nature of the incident when a reporter called her three week ago asking about being involved in a Baron Cohen stunt.

Bruno is to receive a widespread release in the US after censors granted the film an R certificate following last-minute editing from Baron Cohen and director Larry Charles.