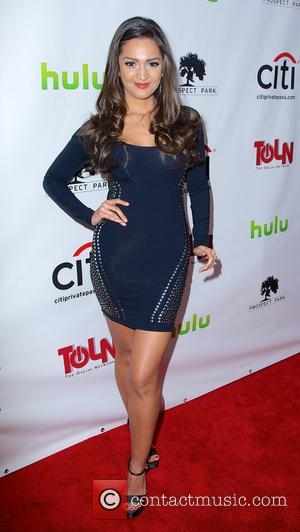 The Colombian beauty, best known for her role as Maria in the Harold & Kumar comedy films, is already a mother to 21-year-old daughter Skye Mahoney from a previous relationship, but she has been trying to start a family with her husband Antonio Hernandez for several years.

The couple had almost given up hope on having a child of its own until Garces, 39, learned she had conceived during a routine doctor's visit.

She went public with her baby news during a star-studded party in New York earlier this month (Jun13), and she now tells People.com, "We’re excited to finally be pregnant after so many years and make my daughter the best big sister, and my husband an amazing dad."