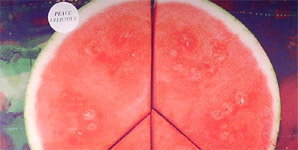 Review of Delicious EP by Peace

Birmingham four-piece Peace have been heralded as one of this year's "saviours of guitar music" which is perhaps a little unfair considering they've barely reached their third anniversary together as a going concern. Nevertheless, this EP, their first release since signing to Sony Records offshoot Columbia earlier this year, demonstrates the potential Peace have to offer, even if not quite fully justifying the hype bestowed on them. Opener 'Ocean's Eye', a two-and-a-half minute dance infused rocker actually brings to mind fellow Brummie quartet Ocean Colour Scene during their 'Sway' baggy era long before Noel Gallagher and co. showed them plagiarising the 1960s was a more lucrative option. "You cross my heart, you hope to die," sings Harrison Koisser, one of two siblings in the band. "You stole my mind in the ocean's eye." Although not entirely original, it beats the blustery stadium bothering antics employed by many guitar-wielding combos in recent years. 'Bloodshake', a slightly reworked and retitled version of former single 'Bblood' feels like a backwards step in comparison. Coming on like a creation from the Two Door Bicycle Club production line, it's by far the most underwhelming of the four songs on offer here and does little to suggest Peace are anything more than A.N.other indie band. 'California Daze' too meanders along aimlessly, its Beach Boys-esque melody drifting into sub-Razorlight territories by the time it peters out. So far unconvinced, it takes an epic ten-minute version of Binary Finary's '1998', sub-titled '.(Delicious)', to elevate Peace and this EP to an altogether different place entirely. Slow burning guitars ebb and flow gently to the point one expects Verve's 'A Man Called Sun' to appear from nowhere. Then, just when least expected, the song moves a canter to an effervescent gallop, Koisser's vocal echoing Bono's sky-scraping rasp through a fug of hazy psychedelia. Whether Peace choose to embark on a similar direction in the future remains to be seen. Certainly one can imagine the powers-that-be at Columbia tearing their hair out at the thought of such a collection of overly grandiose pieces where three-minute radio friendly ditties about everyday banality would suffice. However, it's clear that Peace have their own agenda. Let's hope they stick to it and, when necessary, force their paymeisters to take heed too. 6/10 Dom Gourlay Peace - From Under Liquid Glass Video 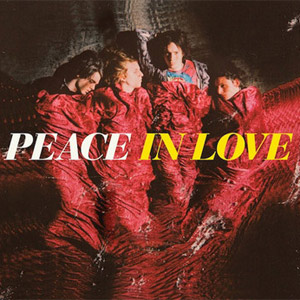