Peaches Geldof's father Bob Geldof can't bring himself to say her son's name and has no idea how to pronounce his moniker, Astala. 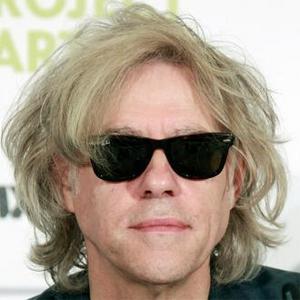 Boomtown Rats frontman Bob Geldof admits he is unhappy with the moniker his 23-year-old daughter and her partner Tom Cohen chose for their baby, Astala Dylan Willow Cohen-Geldof, and suggested an alternative for the two-week-old tot.

Asked how to pronounce the baby's name on 'Lorraine', he said: ''Shut up, I don't know. I don't know, I haven't said it yet - I can't bring myself to say it.

''I wanted to call him Leonard - Leonard Cohen. 'Have you met my grandson Leonard Cohen?' But he's a fantastic little chap.''

Bob - who also has daughters Fifi Trixibelle, 29, and Pixie, 21, with late ex-wife Paula Yates - is thrilled at how well Peaches and Tom have settled into family life.

Bob is very happy that Peaches - who was previously married to Chester French drummer MAX DRUMMEY - has settled down with Tom - particularly because he likes the S.C.U.M. rocker's music.

Asked if he is happy Peaches is with Tom, he said: ''I am, and he's a great guy, but importantly he's a fantastic musician - really, really good. I'm so thrilled that I can go to the gigs and not have to say, 'That was quite good,' I mean an amazing band. So it excites me actually, aside from the fact he's Astala's dad.''