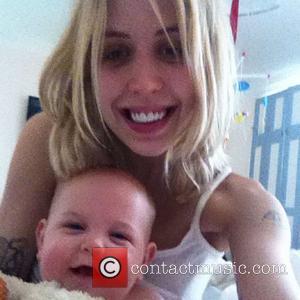 Peaches Geldof is pregnant with her second child, just months after giving birth to her son Astala. The 23-year-old and husband Thomas Cohen will become parents to another boy next year.

Announcing the news to Hello! magazine, the daughter of Sir Bob said, "I did have a momentary panic and go, 'Oh my god, we're going to have a one-year-old and a one-month-old! How will we cope? Tom was so supportive and relaxed, it banished my doubts and I started imagining the two boys growing up together as the best of friends. There are massive benefits to having two children so close together." Peaches also revealed that she'd already chosen a name for the baby boy: Phaedra. It comes from an ancient Greek play though is also referenced in one of Peaches and Tom's favourite songs, Some Velvet Morning by Lee Hazlewood. Though it's certainly all go in the Geldof-Cohen household, Peaches insisted that she was in no rush to have more children after the birth day of Phaedra. "I don't think I'll be adding to our little brood until later on in my life when I'm older and don't have two toddlers running around demanding all of Tom's and my attention."

Peaches - who conceded that her latest piece of news was a major shock - is three-and-a-half months pregnant.