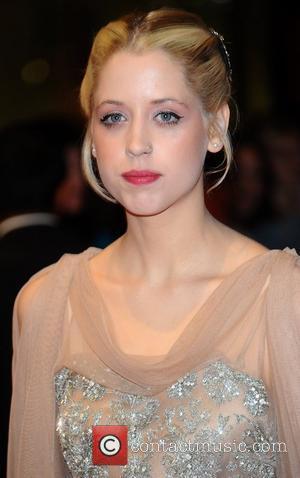 Peaches Geldof found herself having to hit back again at stories surrounding her personal life, the daughter of Bob Geldof and Paula Yates refuting claims that she'd been using heroin.

The British tabloids have been focusing on the 22 year-old all week following The Sun's reports that Geldof had lost a substantial amount of weight and been seen at a Vivienne Westwood fashion event with mysterious marks on her arms - it was heroin that, of course, killed Peaches mother Yates in 2000. Furthermore, the Tuesday night (7/9/2011) had allegedly seen ambulance services called to the celebrity's Manor House, London home where they found an unidentified man in his 30s in respiratory arrest.

Yet the Mirror reports the television presenter and model angrily denying claims that there's anything wrong with her, pointing to a skin condition for her skin blemishes; "I'm not on drugs. If people feel the need to validate my weight loss by saying I'm on drugs then shame on them," raged Geldof, adding, "I've changed my diet and the way I live . the marks on my arms have been there since ¬childhood. Check any picture - it's caused by a skin condition called ¬psoriasis."

Peaches also compared herself to her late mother, stating that "My mum was thin naturally, like I am now - and so is my sister Pixie . The truth is I just didn't want to treat my body badly ¬anymore. I got avian flu and that kick-started the change. I was never fat - it was just the fact that my diet was so ¬unhealthy."